Deputy President William Ruto’s HustlerNation has popularised the claim that “My father was so poor…he is not known…” Politicians in TangaTanga like talking about how they came from poverty, how their family is not known etc.

I will now explain how that fallacy has been pushed by the shadowy Criminal Parallel Government, CPG, operating in Kenya, and why. But first, some history:

I went to primary school way before mobile phones arrived in Kenya. Before the mobile phone, Kenyans generally communicated by sending letters.

In our primary school, letters would be read out during parade/assembly. If it was your letter, or that of a family member, you raised your hand, went and collected it from the teacher or prefect.

What about those letters where the owner had no school-going child? The pupil who knew the villager, or was a neighbour to the villager, would collect the letter on their behalf.

Therefore, to suggest that someone comes from such a poor family that they are not known, is a very BIG LIE.

This SCAM has been promoted very aggressively by CPG for the following reason: They have been able to have their FAKE Kenyans penetrate Kenya politics, because, although their families are not known (because they DON’T EXIST), it is now possible to proudly say – “Our family is not known because my father is too poor”.

That way, FAKE Kenyans – the IMPOSTORS – like Faith Gitau, Moha Jicho Pevu, Isaac Mwaura etc. – have found themselves in parliament. 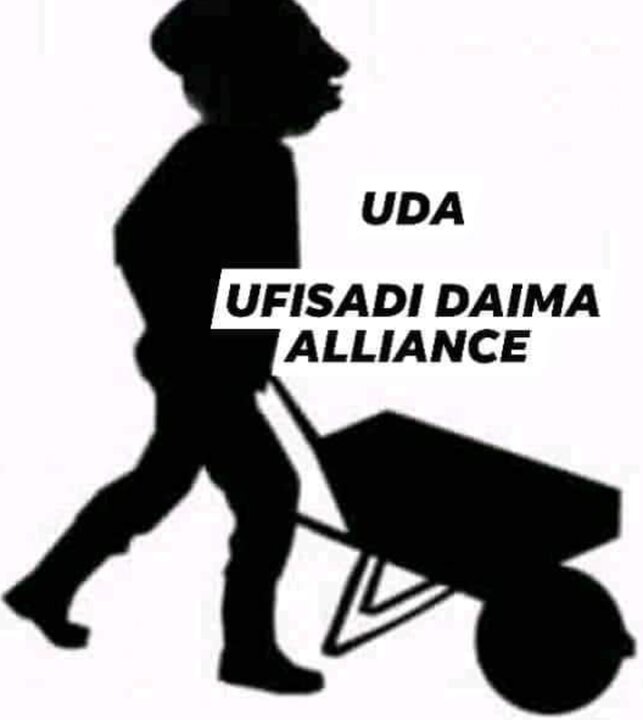 A few months ago, I watched a video which featured an interview with a HustlerNation MP from Mt Kenya region. She was talking about how she grew up, and went on to become MP.

She then hustled and hustled, and bought Z…

What the MP did not realise is that, when you call legitimate ways of earning money “hustle”, you are giving cover, or making it possible, for criminals and other undesirables to also hide behind that word, without raising any suspicion.

Example: Suppose someone known to have a total monthly income of Sh 10K buys a new car worth Sh 2 Million, after obtaining the money through corruption.

Nowadays, if you ask him, “how did you manage to buy a new car?” He will tell you, “through hustling”.

Before popularisation of that term, he would probably not be able to explain – in a convincing way – how he could afford to buy the car.

Therefore, popularisation of terms like “Hustler”, “Hustling” and “Hustle” has enabled the corrupt and other criminals to appear “normal”.

Who gains? Certainly not Kenya.

People engaged in legitimate ways of earning income shouldn’t allow themselves to be used to cover for the criminals by using the term hustler. If someone is a shoeshiner, say PROUDLY “I am a shoeshiner”. If you are a Mkokoteni pusher, say proudly “I drive a Mkokoteni” etc.

That way, the terms “Hustler”, “Hustling” and “Hustle” will only be used by people who are either ashamed to say how they earn a living, or are engaged in crime.

This will deny the CPG the chance to pass shadowy characters as genuine, law-abiding Kenyans.

When I say there is a Criminal Parallel Government – CPG – Operating in Kenya, some think this not possible. Others think it is a conspiracy theory…If someone told me 5 years ago about CPG, I would have called him crazy.

Kenyans who are old enough to recall NARC coming into power in late 2002 will recall that there was euphoria in Kenya. In 2003, Kenyans were said to be the most optimistic and happiest people on earth.

I certainly was very optimistic about Kenya then, like most other Kenyans. There was immediate positive change in the country. Banks were swimming in cash, and started begging people to take loans at low interest.

At around that time, in early 2003, I read an article about Kenya, written in one of the biggest International media in the Western world. And I was shocked.

Like many Africans, I believed that the West had problems with most African countries because of lack of “complete” democracy, corruption etc.

In 2002 elections, even the losing presidential candidate had conceded defeat. Mwai Kibaki had been elected very democratically…Momentarily, corruption in Kenya had stopped. Yet, in that major Western media, Kenya was portrayed very, very negatively.

The writer was not only furious with Kenyans, he was actually very bitter with us. He just stopped short of calling Kenyans monkeys.

I was confused. Why? In all these years, I have never understood why a major Western media was furious with Kenyans for being united and happy. Until a few months ago.

I have finally discovered why the Western Elite were so angry and bitter at Kenyans for being united and happy: It is because that made their work of conquering and colonising Kenya to be much, much more difficult.

With Kenyans united, with corruption being low, it made it extremely difficult for the FAKE Kenyans who had been imported into the country, to rise to the top in politics and other areas, without raising suspicion – The FAKE Kenyans depend on Corruption to rise to the top…eg Ahmednasir Abdullahi becoming Dean of Faculty of Law, UoN, in his twenties and with only LLM.

In fact, many of the “inexplicable” happenings in the world are due to the fact that there are entities that have created, shadowy PARALLEL Governments in various countries.

Obviously, it is in their interest that the general public doesn’t get to know about these shadowy Parallel Governments.

The IMPOSTORS Pulling the Strings Behind the Scenes

The well-known IMPOSTORS include:

These IMPOSTORS do various jobs under the radar, undetected by Kenyans. The jobs they do include:

1. Attending – in large numbers – political rallies of certain politicians, and cheering, to make them appear to be popular on the ground;

2. Attending – in few numbers – political rallies of certain politicians, and heckling, to make them appear to be unpopular on the ground;

5. Popularising certain political players, on the ground and online;

6. Slandering certain targeted Kenyans, on the ground and online;

7. Popularising certain policies, on the ground and online;

8. Misleading Kenyans about certain policies, on the ground and online;

10. Using rumour and innuendo to cause suspicion and hate between different Kenyan tribes;

11. Being sent outside Kenya to act as just another Kenyan student/immigrant, and do the above 1-10 jobs on targeted Kenyans abroad.